P is for Alfred Hitchcock Presents

P is for Alfred Hitchcock Presents

When I hear Charles Gounad’s “Funeral March of the Marionette,” I think of “Alfred Hitchcock Presents.” The show ran from October, 1955 until May, 1965, resulting in seven complete seasons. The stand-alone episodes presented a varied collection of stories by a long list of authors, including some surprises. The series offered works by such surprising authors as A.A. Milne (Of “Winnie the Pooh” fame) and Roald Dahl (“Willie Wonka” and “James and the Giant Peach”). Ray Bradbury wrote five episodes, and Ambrose Bierce had a work adapted in 1959.

With the charmingly discordant song playing, Alfred Hitchcock’s shadow stepped into a caricature outline of the host. “Good evening,” he began, introducing the episode and joking about the sponsors. The diversity of themes proved thought-provoking entertainment, presenting mystery, crime, murder, adultery, thrills, and even comedy. Filmed in black and white, the show’s distinctive look, storytelling, acting, and set design earned it a position of honor on “Time” magazine’s 100 Best Shows of All Time list and on Writer’s Guild of America’s List of 101 Best Written TV Shows.

Until 1962, the shows lasted about 25 minutes. In 1962, the network changed the name of the show to “Alfred Hitchcock’s Story Hour” and extended the length of the episodes. The list of actors in the series is extensive, but some made frequent appearances, including Mr. Hitchcock’s daughter, Patricia Hitchcock, Dick York, Robert Horton, James Gleason, John Williams, Robert Harris, Barbara Boxley, Ray Teal, Percy Helten, Alan Napter, Robert Vaughn, and Mildred Dunnock.

“Alfred Hitchcock Presents” concluded with ending remarks by Alfred Hitchcock who explained the fate of the wrong-doers. He felt it was a “necessary gesture to morality.” In 1985, a colorized revival aired. 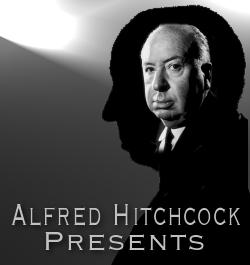